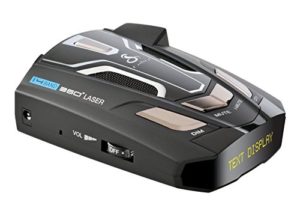 Have you ever been caught for over speeding?

You must have seen other vehicles going as fast as you too, but slowed down just when they were getting close to the cop on the road, thus avoiding being caught.

Ever wondered how they did it or did you just give the credit to “luck”?

Cobra has been a well known brand in the radar detector industry, for quite a few years. Some of the best features of the Cobra spx 5500 are:

Dual Device – This device can detect both radar and Lidar (laser). This enables you to avoid a speeding ticket irrespective of what device the police are using in that road to check the speed.

Improved Detection – Compared to the previous models, this series can detect radars and lidars, for almost double the distance. The warning time given to the driver is also higher. This gives you more time to reduce your speed and avoid last minute decisions.

Digiview – The text displayed on the system is in digital format. It is easily readable when you are driving, and doesn’t require you to focus much. 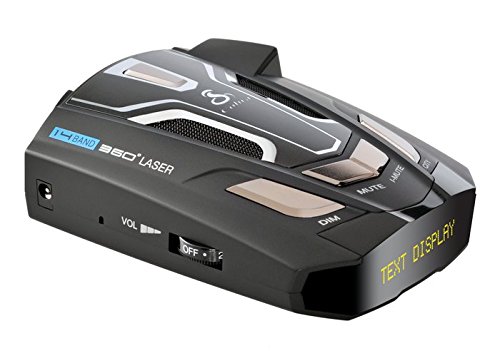 Pop Mode Radar Gun Detection – This latest technology in the radar detector helps it to recognize even pop radars. Pop radars take lesser time to scan, than the regular radars. Hence, even if you are too fast for the radar, a pop radar might catch you. The Cobra spx 5500 ensures you don’t.

Signal Strength Meter – The detector is built with a signal strength meter that tells you how close the radar is. This enables you to know the distance at which the radar is, and you can slow down accordingly.

Voice Alert – Specific band widths are announced, thus alerting you even without you having to take your eyes off the road, to check the detector.

Quick Sweep – The device is built with an efficient CPU that can sweep the entire radar band of the police in as little as 240 milliseconds.

X Band – The device can also scan for X band which is not really necessary. As this band is not used in many places, the detector keeps scanning for it and wastes time. It also results in a number of false alarms.

Display Not Bright – The display does not have a strong backlight. This makes it difficult to read during daylight when the sun is bright.

Can’t Withstand Cold – When exposed to very cold temperatures for a prolonged period of time (like overnight), the detector does not work until you have driven for at least 20 minutes.

False Alerts – As this detector can detect almost any signal or band, it results in a number of false alarms. When you have to constantly reduce your speed, only to find out it was a false alarm, your driving experience is ruined.

Noisy – Though the manufacturer boasts of low noise for this model, the device emits more noise as the time goes by. You can see a noticeable difference in the decibel, within the first two weeks of use itself.

Rail Alert – The railroad alert keeps going off even if a railways track is detected at a distance. In a place surrounded by railroads, this results in constant warnings and false alarms. This makes it very annoying to be hooked into your car while driving.

Picks Camera And GPS Signals – When you use your camera or GPS near this reader, it keeps warning. This makes it very difficult to use your devices in the car and get the best out of the detector at the same time.

There are a number of such devices in the market, to help you avoid speeding tickets. However, the Cobra spx 5500 is better in the following ways:

Sleek And Small – For a dual detector, this device is very sleek and small when compared to other such detectors in the market. This makes it easier to mount and does not occupy much space.

Higher Range – The range of detection is much more than other models in the market. This gives you more time to act and effectively prevents you from getting a ticket.

Detects Them All – This detector can detect all radar and laser guns used in the whole of United States and Canada. It can even detect the pop radars, thus keeping you safe from getting a speeding ticket, throughout.

Strength Meter – Unlike many other devices in the market that only warns you about the presence of radar in the proximity, this device tells you how far the radar is. This way, you know where the detection point is and can slow down accordingly.

Radar and Lidar detectors can come in very handy to avoid getting a speeding ticket. When a device can detect both signals efficient, in the whole country, you can use the device on any of your road trips. You don’t have to use different devices as you cross each border.

With this device, you are safe from the cops as well as unnecessary last minute actions.