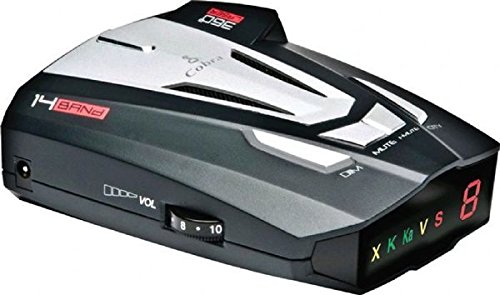 These violations are reflected on the driver’s records and if you get too many traffic speed tickets you risk suspension of your license.

To prevent such a scenario you must invest in a radar detector that is sophisticated enough to detect the police radar guns radio frequencies. Not only that it should be able to warn you beforehand of the location of the speed awareness signs, red light cameras and speed trap cameras.

This way even if you are in a rush you can be aware of your surroundings and react as necessary. This will also inculcate a habit of safe driving in drivers.

There are several radar detectors in the market that do the job. But if you are looking for one that is economical yet powerful then you must read this review of the Cobra XRS9370, the best compact radar around.

It is a much sought after product because it is small, powerful and can detect all the fourteen radar and laser bands used to detect speed. It can detect the latest POP radar guns used in cities and highway too.

If you are new to the world of radars you can consider the Cobra XRS 9370 because it is the perfect entry level radar detector for any car.

When you are speeding down the long road home, you might not be aware if you transgress and cross the speed limit, but with the Cobra XRS 9370 by your side you need not be worried because it will warn you in advance; you can avoid the violation tickets and maintain a clean record.

The best feature of this very useful gadget is its pricing. It is one of the cheapest detectors in the market and yet one of the most effective.

The xtreme range super heterodyne technology used in this gadget can detect radar signals from all directions ensuring that you are never caught unawares. It is one of the fastest radar detectors one can have because its super fast sweep circuitry can detect the fastest radar guns and give you ample time to slow down.

And the best part is that it is intelligent and shuts down before it is detected by any other radar detector. You can take a breath of relief when in a tight situation when the Cobra XRS 9370 guides you.

Don’t be intimidated with all the technical terms because a clear and crisp instruction manual helps you set up the gadget in no time. The radar can pick up radar detector detectors (RDDs) also in the patrol units. Its electronic memory, the ultra bright display and dim mode for night vision are additional features which make this Cobra XRS 9370 so special. 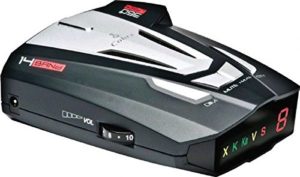 The not so bright side of the Cobra XRS 9370

There are no ideal gadgets in the world. Everything has a few flaws that we need to know about before we buy; if the flaws outweigh the benefits then the product can be rejected but that is not the case here.

What advantages does Cobra XRS 9370 have over its competitors

The world of radar detectors is getting more complex as more players enter the market and the difference between any two models has become minimal. Hence before you purchase any model you must know why your choice is a better choice when compared to its closest rival.

In that aspect, the pricing of the Cobra XRS 9370 is unbeatable. It is one of the most economical radar detectors in the market that comes with features almost equivalent to the higher end models.

Besides that its intellimute feature wherein the device intelligently shuts off before being detected is another advantage the Cobra has over its competitors. The 360 degree laser detection ensures that not only the radar but laser beams from anywhere can trigger the alarm and warn you to be within the speed limit. Safety alerts for hazardous roads, KU band detection are other notable advantages that the device has.

This product is most suitable for those who are on the road for long periods of time and who might transgress unaware of the surroundings. A couple of traffic tickets and your driving license can be suspended, a scenario you would want to avoid at all times.

The key to that is to invest in the Cobra XRS 9370 which is not too expensive but is capable of providing you the peace of mind so important while driving.

It has been proven beyond doubt by several customers who have used the cobra that it is one of the most useful detectors that they have invested in so far. Many of them have stated that the device had saved them time and again and forewarned them long before they saw a patrol car. Its ability to auto shut off and prevent detection is well appreciated.

In conclusion, we can safely say that the Cobra XRS 9370 may not be the sexiest of radar detectors in the market but it does its job as efficiently as the more expensive models in the market.

Get the best price to Buy Radar Detector

Be assured that the Cobra XRS 9370 is value for money, a radar laser detector that will be the friend in need on your innumerable drives around the country.